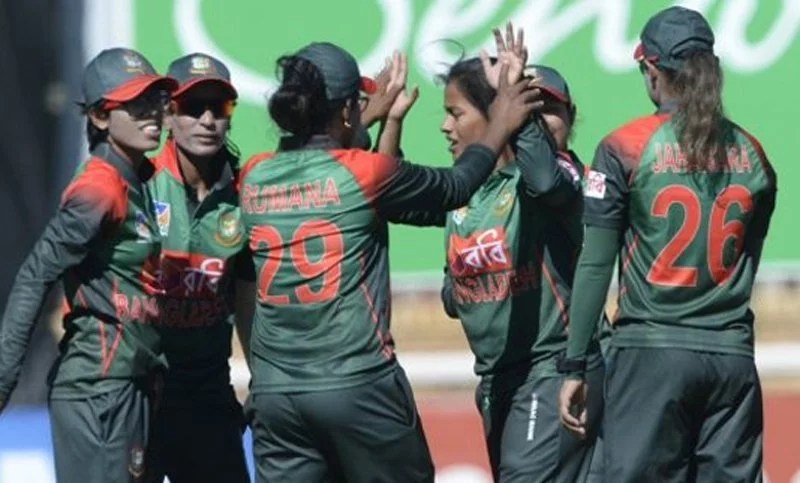 Chasing a winning target of 125 runs set by Ireland, The Asian champions reached home in 19.1 overs with four wickets in hand.

Earlier, batting first after winning the important toss, Ireland rode on their opener Cecelia Joyce’s polish half century, posted a decent total of 124 for 8 from their allotted 20 overs.

Joyce, the top scorer of Ireland innings, blasted 47-ball off 60 runs hitting six boundaries and one over boundary and during the process he also shared an important 63-runs third wicket stand with her skipper Laura Delany who added useful 20 runs, after the early batting jolt.

Joyce eventually backed to the pavilion after giving a return catch to Fahima Khatun. Shauna Kavanagh (15) was the other Ireland batter able to reach the double digit figure. Jahanar Alam and Nahida Akter were the most successful bowlers as the duo shared two Ireland wickets conceding 15 and 18 runs respectively.

The third and final T20 between the two sides will be held on Sunday (July 1) at the same venue. Earlier on Thursday, Bangladesh beat Ireland by four-wicket in the nail-biting first T20 match.