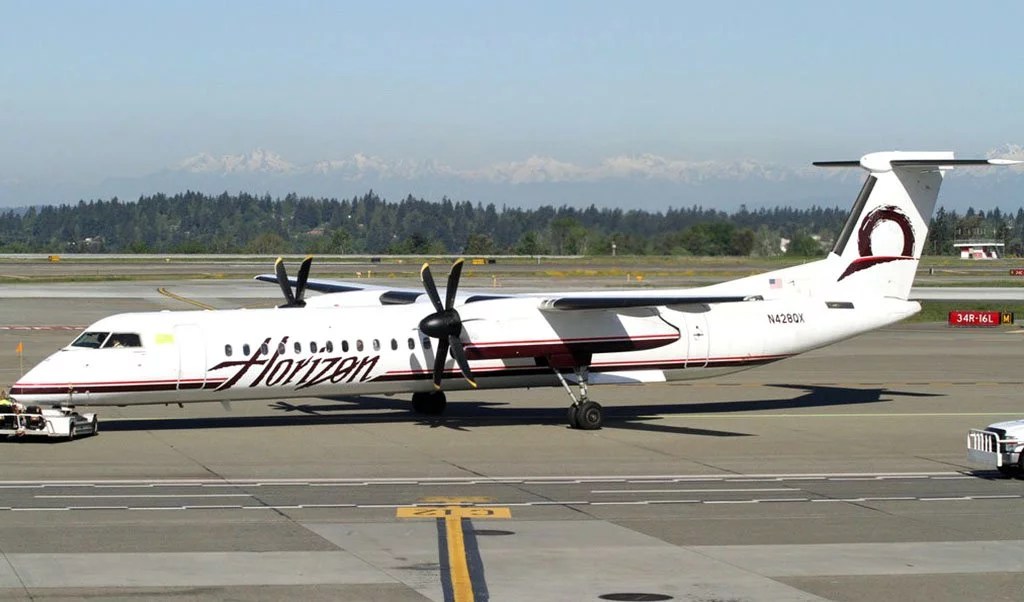 New York Correspondent: An airline mechanic stole an empty plane from the Seattle-Tacoma International Airport with military jets pursuing him — before crashing about 40 miles away, authorities said.
The 76-seater aircraft took off without authorization Friday night with an airline employee at the controls, airport officials tweeted. The unidentified 29-year-old mechanic was pronounced dead after the crash, Pierce County Sheriff Paul Pastor said.The incident was not considered terrorism, according to Ed Troyer, a sheriff’s spokesman. It is believed the mechanic’s lack of flying skills led to the crash, Troyer said.

Two F-15 jets chased the plane:
Within minutes of the plane’s takeoff, the military scrambled two F-15 jets from Portland to follow the plane, authorities said. They pursued the aircraft before it went down on Ketron Island between Tacoma and Olympia.
“Pilots kept plane out of harms way and people on ground safe,” the sheriff’s office tweeted. It said the jets were not involved in the crash.
Witnesses described the surreal scene after the plane left the airport. John Waldron was walking along a trail near the bay when he noticed the two military jets following another plane.
“I was getting prepared to run just in case,” he said.
After the plane approached Ketron Island, Waldron saw a thick column of smoke followed by a loud explosion.
“Everyone was literally frozen in place muttering about what possibly happened,” he said.

Airport was briefly shut down:
In a tweet, Alaska Airlines said a Horizon Air Q400 turboprop aircraft involved in an unauthorized takeoff around 8 p.m. local time crashed.
“We’re working to confirm who was on board, we believe there were no guests or crew on board other than the person operating the plane,” the airline tweeted.
The mechanic was an employee of Horizon Air, a regional airline based in Seattle-Tacoma airport. It’s the sister carrier of Alaska Airlines.
Normal operations at the airport were interrupted briefly but have resumed, the airport said. CNN