A Bnagladeshi Man Accused of Killing Parents in California

A Bnagladeshi Man Accused of Killing Parents in California 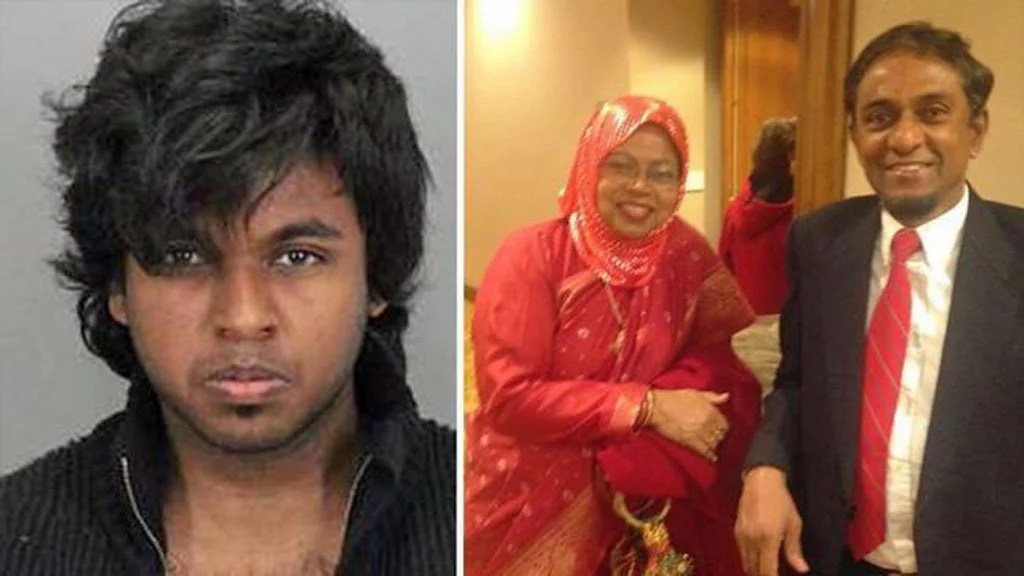 Banglapress Online: A man facing murder charges for allegedly killing his parents at their San Jose home back in 2016 plans to represent himself when his trial kicks off, according to an official with the Santa Clara County court system.
Hasib Bin Golamrabbi is expected to appear in court Tuesday morning for his first trial hearing, which will mostly be procedural. It is not exactly clear how court proceedings will pan out given Golamrabbi has turned down the services of legal counsel.
Golamrabbi is charged in the shooting deaths of his parents, 59-year-old Golam Rabbi and 57-year-old Shamima Rabbi, in their home in San Jose’s Evergreen neighborhood back in April 2016. Sources who witnessed the aftermath before police arrived told NBC Bay Area that chilling messages were written on the floor and wall near the bodies. One message allegedly read, “Sorry, my first killing was clumsy.” Sources claimed another message allegedly ended, “I can’t be like you, telling a lie. I can’t love someone without telling them.”
Sources told NBC Bay Area that Golamrabbi’s parents, who were born in Bangladesh, did not approve of their son’s sexual orientation.
Golamrabbi has a younger brother who was previously cleared of a murder charge in the case due to “insufficient evidence.”