DS died in under treatment at hospital in New York

DS died in under treatment at hospital in New York 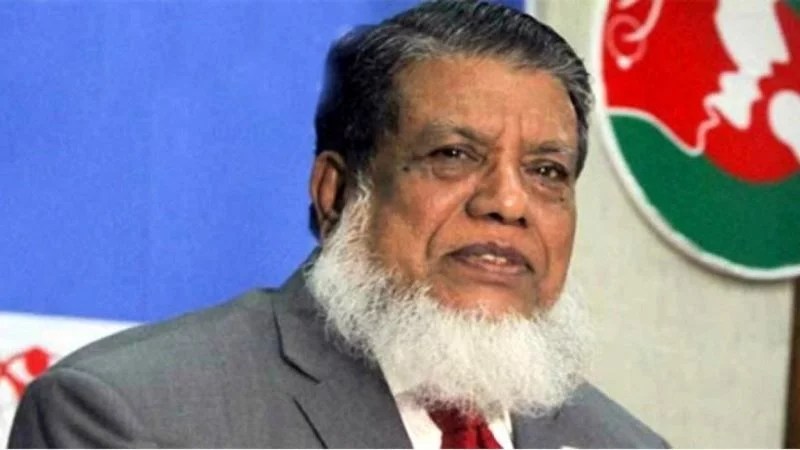 Staff Reporter: Deputy Speaker Advocate Md Fazle Rabbi Miah has passed away while undergoing treatment in New York. He was 76.
Fazle Rabbi, a lawmaker from Gaibandha-5, left behind three daughters, a host of relatives and well-wishers to mourn his death. His wife Anwara Rabbi died in May, 2020.
The valiant freedom fighter fought against the Pakistan Army in Sector 11 during the Liberation War of Bangladesh in 1971.
Nazmul Hasan, acting consul general at Consulate General of Bangladesh in New York quoting Deputy Speaker’s APS told that Fazle Rabbi breathed his last (22 July 2022) at 3:55pm (NY time) at Mt Sinai Hospital, New York.
“We are in touch with his family members and relatives in New York,” he said, adding that formalities are being completed to repatriate his remains.
Nazmul said they are expecting all documents to be ready by noon tomorrow and get a flight in the evening.
Advocate Fazle Rabbi was born on April 16 in 1946 and was the founding secretary of Gaibandha Law College from 1979 to 86.
He was also an elected Secretary of Gaibandha BAR from 1978-79.
He was a reputed organiser and contributed much in creating public opinion in favor of the Liberation War abroad.
Advocate Fazle Rabbi was Chairperson of Bangladesh Association for Voluntary Sterilization (BAVS), Gaibandha from 1980 to 81.
He founded a good number of schools, colleges and madrasas in his own constituency.