Dhaka-New York flight is not turning on soon 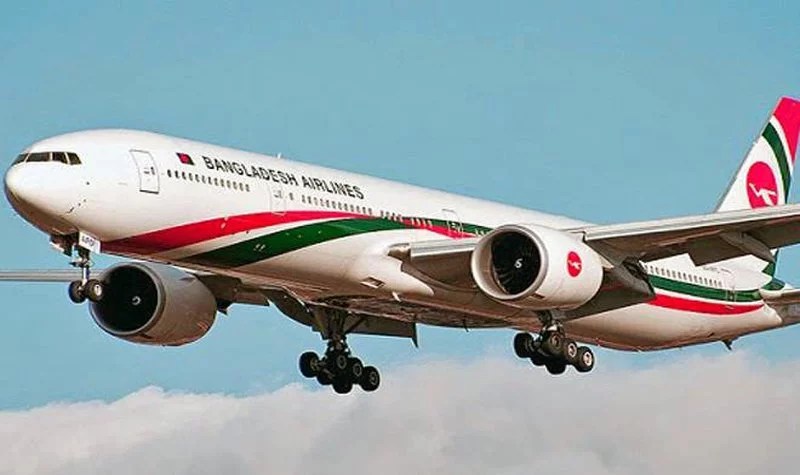 He said that he recently held a meeting with Annie Petsonk, Assistant Secretary for Aviation and International Affairs of the United States Department of Transportation regarding the resumption of regular flights of Biman Bangladesh Airlines on the Dhaka-New York route.
Ambassador Shahidul Islam said in a tweet that the meeting was held on July 30. Ambassador Shahidul wrote in a tweet, “I discussed with Annie Petsonk, Assistant Secretary for International Affairs of the US Department of Transportation, on Saturday (July 30) to restart the Dhaka-New York route.” The meeting was fruitful in re-launching the flight on this important route to enhance the PTUP and BTUB relations between Bangladesh and USA. Aviation stakeholders say that no country’s airlines can operate flights in the United States without a Federal Aviation Administration (FAA) Category-I clearance. Due to lack of this clearance, Biman Bangladesh Airlines flights with New York have been stopped for a long time. However, Biman has already signed an agreement with Federal Aviation to start flights on the New York route.

Prime Minister Sheikh Hasina visited New York in September last year on a chartered flight of the national flag carrier, although the Dhaka-New York route has been closed for a long time. He attended the United Nations General Session after landing at New York’s John F. Kennedy (JFK) Airport on a chartered flight.
Meanwhile, Biman Bangladesh Airlines started the process of operating flights from Dhaka to New York in the United States in 2020 after being closed for 14 years. Due to Corona, this initiative to start flights has been postponed several times. Finally the stalled process started again. As part of that process, a three-member delegation from the United States went to Dhaka to see the security arrangements at Hazrat Shahjalal International Airport in Dhaka. On February 27 this year, they held a meeting with the Civil Aviation Authority of Bangladesh (BBCK).
A three-member US delegation visited various areas of the airport till March 2, according to a source responsible for BBCK. During the visit, they observed all activities including flight operation system, passenger safety, duty procedure of airport staff, scanning, ground handling.
A responsible official of Biman Bangladesh Airlines said that the quality of Bangladesh’s security system is comparatively better than before. BBCK and Biman Bangladesh Airlines are optimistic about starting this flight soon.
Biman is considering operating the Dhaka-New York route with Dreamliner aircraft. The fuel efficient aircraft is expected to increase their revenue.
Earlier, Biman Bangladesh Airlines temporarily stopped flights on Dhaka-New York route in 2006 in the face of losses. Later they tried to start the flight again. However, the US Federal Aviation Administration has pointed out various weaknesses related to flight safety and suggested corrections. Biman has started the process of operating flights to New York in the winter schedule of 2020 after improving security measures. But it was not possible.
During the UN session last year, the foreign minister expressed hope that Biman Bangladesh Airlines will resume flights on the Dhaka-New York route in the future. AK Abdul Momen. He expressed this expectation last year on September 20, 2021 while talking to reporters at Lotte New York Palace about the Prime Minister’s overall performance at the 76th Session of the United Nations General Assembly and other high-level sideline events.
The foreign minister said, ‘The good news is that the US Federation Aviation Authority has allowed Bangladesh Biman to land since (the flight carrying the Prime Minister and his entourage at the John F Kennedy Airport in New York on Sunday, September 19, 2021). So he hopes Biman can start its operations on the Dhaka-New York route in future. Bangladeshis living in the United States will be very happy if this route of Biman starts.
Dr. Momen said, ‘The Dhaka-New York route has been suspended for several years. However, since the Prime Minister came to power, many modern models of advanced aircraft have been added to the fleet.
The foreign minister also said that Bangladesh has signed an agreement with the United States Federation Aviation Authority. He said, ‘This is a reason for hope about the resumption of flights on the Dhaka-New York route.’