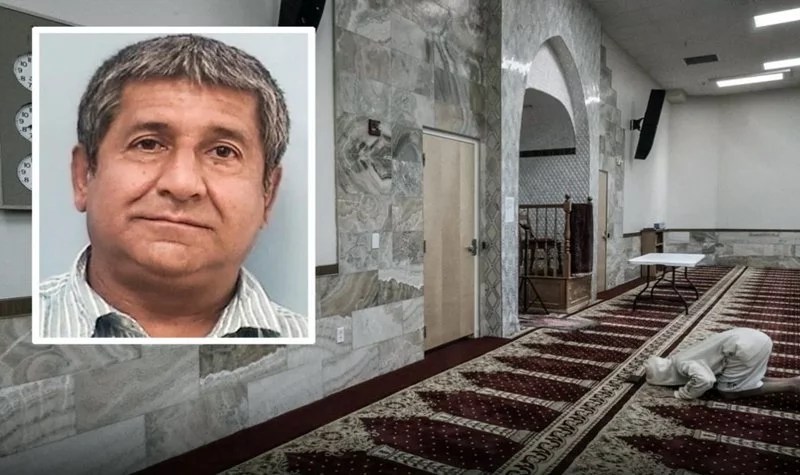 Minara Helen Eti: Albuquerque police arrested 51-year-old Muhammad Syed Tuesday in connection to two killings of Muslim men.
Syed is charged with the murder of Aftab Hussein, killed on July 26, 2022, and the murder of Muhammad Afzaal Hussain, killed on Aug. 1, 2022.
On Tuesday, police tracked down a vehicle of interest in the murders of four Muslim men and detained Syed, the driver.
Officials say they connected Syed to the homicides using bullet casings found at the scenes. They say the gun used in the shootings was discovered during the overnight search of his home.
Detectives said the offender knew the victims to some extent and an interpersonal conflict may have led to the shootings.
According to APD, officers were preparing to search Syed’s home in southeast Albuquerque Monday when Syed drove from the residence in the vehicle of interest — a Volkswagen Jetta. Police followed Syed to Santa Rosa, where he was reportedly detained. Authorities then searched his home and the vehicle. Multiple firearms were reportedly recovered.
At this point, Syed is still the top suspect in the murders of two other Muslim men in Albuquerque.
“This has been a tough week for our community,” said APD Chief Harold Medina. ” But we all pitched in to solve these crimes and protect a community that felt like it was under attack. We came together, like we always do in Albuquerque.”
Police said they are still investigating a motive, and Syed’s relationship with the victims. According to APD, Syed is originally from Afghanistan and has been living in Albuquerque for multiple years.

Four Muslim men have been killed over the last nine months in homicides investigated by Albuquerque police:
August 5: Naeem Hussain, a 25-year-old Pakistani man, was found fatally shot just before midnight in the area of Truman Street and Grand Avenue. He attended Afzaal’s funeral hours before he was killed.
August 1: Muhammad Afzaal Hussain, a 27-year-old Pakistani man, was shot and killed on the sidewalk outside his apartment building, near Cornell and Lead Avenue.
July 26: Aftab Hussein, a 41-year-old Pakistani man, was found shot at 420 Rhode Island Ave. NW, just after 10:30 p.m., and later died
November 7: Mohammad Zahir Ahmadi, a 62-year-old Afghan man, was shot to death in the parking lot of the shop that his brother owns.