Today is 'Halloween' in USA
50 percent of Americans believe that there are ‘ghosts’ in the world! 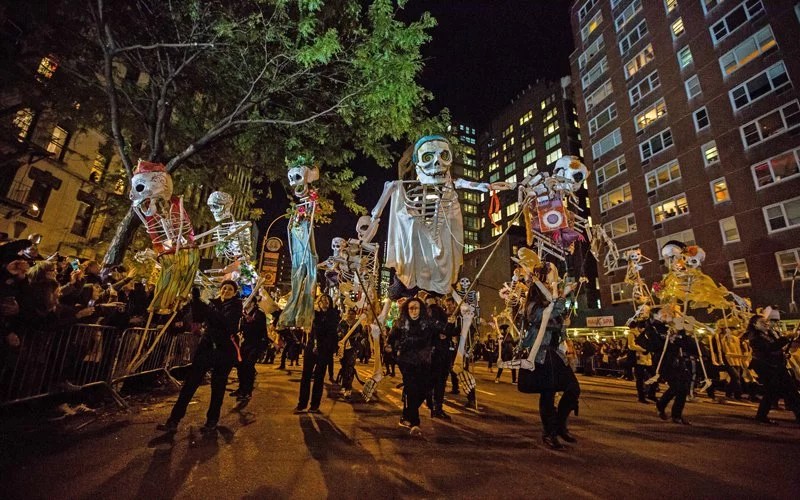 Sabitri Roy: Monday (October 31) is Halloween or ghost festival in the United States. Halloween festival is celebrated with great enthusiasm. Millions of people participate in this festival. Every year on October 31, Americans celebrate ‘Halloween or ghost festival’ from dusk till night.
Unbelievably, 50 percent of Americans believe that ghosts or supernatural forces exist in this world. Many of them are called ‘spirits’ or ‘good souls’. Halloween originated in Ireland and Scotland.
Every October 31st, people all over the United States celebrate Halloween. Children and adults dress in costumes and attend parties, visit haunted houses, and eat Halloween candy. Most kids spend the night “trick-or-treating,” going door-to-door to collect sweets from their neighbors. Although we consider Halloween to be a night of fun, it wasn’t always perceived that way. In fact, Halloween wasn’t always celebrated in the United States. How did Halloween become so popular? Here’s how the history of Halloween in the United States began.

Early Origins of Halloween
While historians debate if the origins of Halloween or All Hallow’s Eve, originated in the 5th century BC or the Middle Ages, they do agree this holiday has both pagan and religious roots. The Gaelic harvest celebration known as Samhain marked the end of the growing season and the beginning of winter in Celtic England, Ireland, and Scotland. Many Celts believed the barriers between the natural world and the supernatural world vanished on Samhein and that the dead could walk among the living. 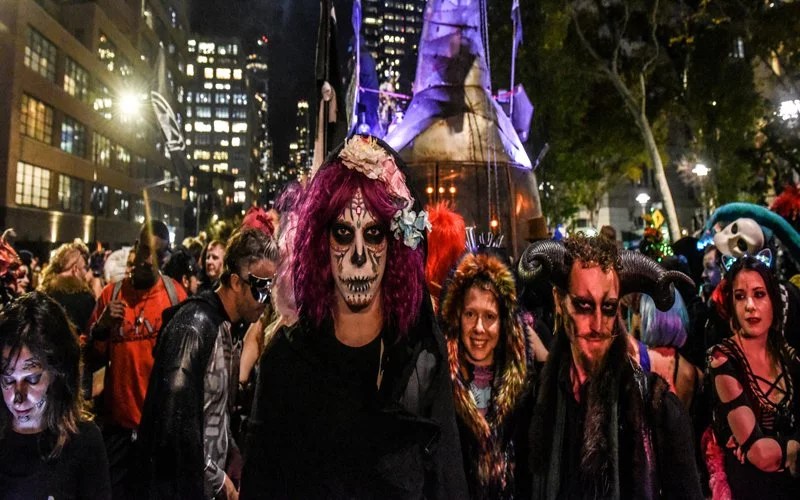 As part of the festivities, people would light fires, dress in animal costumes, and tell each other’s fortunes. Over time, the holiday evolved. The Catholic Church turned November 1st, the original date of Samhain, into a religious holiday called “All Saint’s Day” or “All Hallows”, making October 31st the date of “All Hallow’s Eve” or what we now refer to as Halloween.

First American Halloween Parties
American colonists are responsible for initially bringing Halloween to the United States. Most of the colonists were English Puritans who celebrated Samhain before traveling to their new Country. Although the Celtic religious traditions had long been replaced by Christianity, many of the old practices remained. Influenced by a variety of cultures, the Halloween traditions in the American Colonies began to meld and change.
In the New World, All Hallow’s Eve became a time for “play parties”, which were private parties thrown to celebrate the harvest. Many dressed in costume and told scary stories. These first Halloween parties helped shape the history of Halloween into the celebrations we have today!

History of Trick or Treating
In the mid-1800s, Irish immigrants came to the United States, bringing their Halloween traditions with them. This included dressing up in costumes, asking their neighbors for food and money, and pulling pranks in the evening on Halloween. Americans started doing the same thing, which eventually turned into what we now know as trick-or-treating. However, it wasn’t until recently that treats became more common than tricks.
For Example, In the 1920s, rowdy pranks had become expensive and costly, especially in major cities. Over time, cities and towns began organizing tame, family-oriented Halloween celebrations, which eventually helped reduce the number of reported pranks. Once candy companies began releasing special Halloween-themed candies, our modern idea of “trick-or-treating” was born.
Halloween, as we know it today, is one of our oldest holidays. It wasn’t always celebrated in the United States, but it has become an important and fun part of our culture. So, we can’t think of a better way to celebrate than by sending Halloween gifts. Because at GourmetGiftBaskets.com, it’s what we do best!