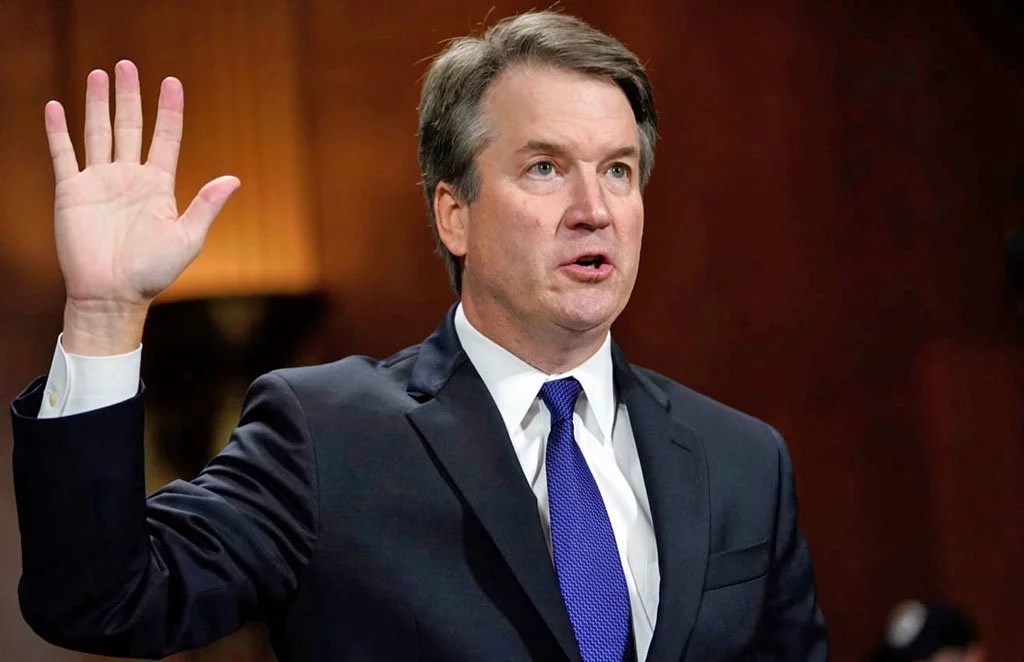 Banglapress Online: The Senate confirmed Judge Brett Kavanaugh on Saturday by a vote of 50 to 48, bringing to a close one of the ugliest and most polarizing Supreme Court nomination battles in modern American history, one that might galvanize women and Democratic voters in November.
Kavanaugh is the second justice appointed to the high court by President Donald Trump, but he is the first truly Trumpian Supreme Court pick. All the larger dynamics that have defined the Trump presidency — fierce partisan warfare, the #MeToo movement, popular unrest and outrage (especially on the part of women), a divided electorate — played out writ small on Capitol Hill over the past month.
Kavanaugh sold himself in his confirmation hearings last month as an amiable, gee-whiz dad who coached his daughter’s basketball team and would be joining a “Team of Nine” on the Court. He seemed to be coasting toward a lifetime appointment on the court when it emerged that Democrats in Congress had been sent a letter alleging a 35-year-old sexual assault committed by Kavanaugh. Soon, that accuser, Dr. Christine Blasey Ford, came forward publicly to make her accusation. Two other women, Deborah Ramirez and Julie Swetnick, also made public allegations of sexual harassment or assault by Kavanaugh, who denied the three women’s claims.
The confirmation fight reached its peak last week when Ford and Kavanaugh both testified about her allegation that he had sexually assaulted her when they were teenagers. The hearing, held in a small room guarded by Capitol police and watched live around the world, was an Anita Hill moment for the #MeToo era, a test to see how much (or not) our institutions and our elected officials had learned and evolved since the spectacle of Hill’s testimony three decades ago.
The Ford-Kavanaugh hearing was, as many people noted, a striking display of gender norms and power dynamics in this country. While Ford was polite, gracious and deferential as she recounted the details of her assault, Kavanaugh was angry and combative, even histrionic, clashing with Democrats on the Senate Judiciary Committee and claiming that the allegations leveled against him were part of a left-wing conspiracy fueled by “millions of dollars in money from outside, left-wing opposition groups” seeking “revenge on behalf of the Clintons.” Democrats raised questions about Kavanaugh’s drinking habits, his high-school friends and his social calendar, while Republicans largely did everything they could to defend him. His demeanor ran counter to his own stated beliefs about judicial independence and temperament; later, former Supreme Court Justice John Paul Stevens would say that Kavanaugh wasn’t fit for the court.
But it was a performance intended for an audience of one: President Trump. Kavanaugh’s nomination may have been teetering going into his hearing with Ford, but by the end he had the full-throated support of the president. “Judge Kavanaugh showed America exactly why I nominated him,” Trump tweeted. “His testimony was powerful, honest, and riveting.”
From there, the confirmation was all but assured. Sen. Jeff Flake (R-AZ) requested and secured a supplemental FBI probe into the various allegations against Kavanaugh after a dramatic elevator confrontation with two activists and victims of sexual assault, but that half-hearted investigation turned out to be little more than cover for a few Republicans like Flake and Sen. Susan Collins (R-ME), who had hinted at not supporting Kavanaugh. Ultimately, Flake and Collins — as well as Democrat Joe Manchin of West Virginia — voted yes on Friday to proceed to a full floor vote, where Kavanaugh’s confirmation was a lock.
As with so many scandals in the Trump era, the Kavanaugh fight isn’t over even with his confirmation. Rep. Jerry Nadler (D-NY), the ranking member of the House Judiciary Committee, told the New York Times that the FBI’s probe into the Kavanaugh allegations was a “whitewash” and that he would investigate allegations of sexual assault and perjury by Kavanaugh if Democrats regained control of the House. “It is not something we are eager to do,” he said. “But the Senate having failed to do its proper constitutionally mandated job of advise and consent, we are going to have to do something to provide a check and balance, to protect the rule of law and to protect the legitimacy of one of our most important institutions.”
For now, though, Kavanaugh’s confirmation is the crowning achievement of a nearly two-year blitz by the Trump administration and Senate Republicans to pack the courts with conservative ideologues who will roll back reproductive and labor rights, money-in-politics laws, environmental protections and much more. Before Trump took office, Senate Majority Leader Mitch McConnell (R-KY) and incoming White House Counsel Don McGahn — both stalwart defenders of Kavanaugh and opponents of government regulation — were planning a strategy to fill the federal courts from top to bottom with so-called originalist judges, an army of young jurists modeled after Antonin Scalia and Clarence Thomas. “The impact that this administration could have on the courts,” McConnell told Time, “is the most long-lasting impact we could have.”- Rolling Stone.