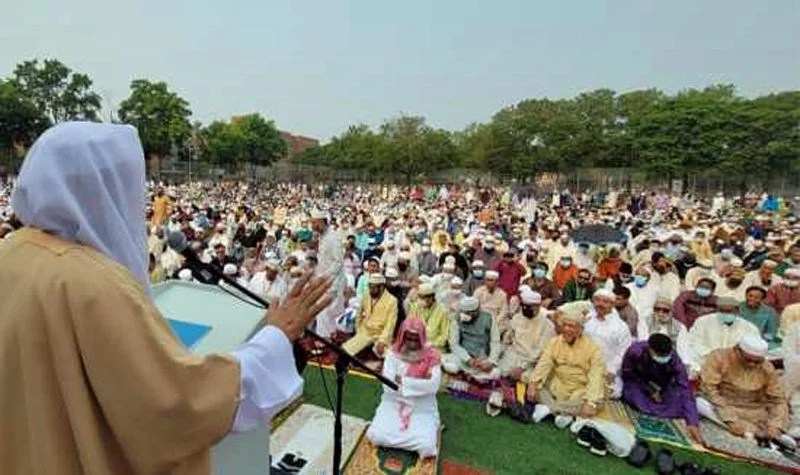 Noman Ibne Sabit: Next Saturday (July 9), all indigenous Muslim communities across the United States will observe the holy Eid ul-Adha. Preparations have been made for the Eid Jamaat this time under the management of more than 3,000 mosques in the United States. Of these, 2,500 Eid congregations will be held in the open field and the rest of the congregations will be held in the mosque and hallroom of the church. According to The Association of Statisticians of American Religious Bodies.

Expatriate Bangladeshis will also celebrate Eid-ul-Adha on Saturday (July 9). Eid congregations will be held in different states with Bangladeshi-run mosques, adjoining grounds, park grounds and church grounds. In areas where there are no mosques, Friday and Eid congregations have been held in the church’s main hall for a long time.
Bangladeshi devout Muslims are preparing to hold Eid congregations at more than 200 Bangladeshi-run mosques or adjoining grounds across the United States. It will start at 7 am and will continue in the mosques and mosques till 10 am. The local administration is taking special steps for the security of Eid Jamaat. The big Eid Jamaat in New York will be held at the Jamaica Muslim Center. Eid congregations will also be held at mosques and adjacent grounds in almost all areas of Jamaica, including Jackson Heights, the Bronx, Brooklyn, Ozone Park, Astoria, and Manhattan.