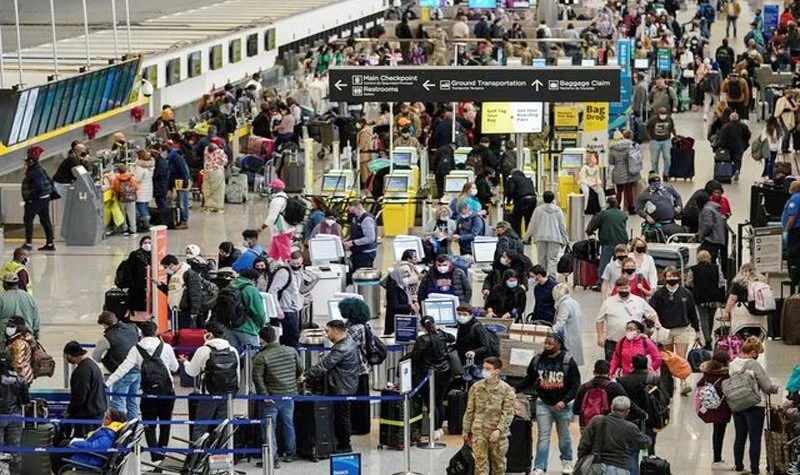 Due to the global corona epidemic, thousands of expatriates in the United States have not been able to visit their relatives on four Eids in the last two years. More than 10,000 expatriate Bangladeshis returned from the United States to celebrate Eid al-Fitr in May this year. More than two-thirds of these expatriates have already reached the country. The rest will arrive in the country one day before Eid and some will arrive on Eid day due to air ticket problems.

The holy Eid al-Adha will be held in the United States next Saturday (July 9). Accordingly, about a month or two ago, the expatriates bought plane tickets in preparation for their return to the country. Expatriates had to buy air tickets at high prices to return to the country. Normally, the fare for a New York-Dhaka flight is less than $ 1,000, but as the number of ticket buyers triples, so does the fare. Most of the expatriates bought tickets for the New York-Dhaka flight for $1400 to 1600 dollars. They have already started their journey for the country a week ago.
Owners of several travel agencies in New York have been told that they have not been able to sell tickets to New York-Dhaka flights during the Eid season in the last two years, but this time the ticket sales have tripled. There are more than a hundred Bangladeshi-owned travel agencies in the United States, including New York. In New York alone, about 20/25 travel agencies sell 200/300 tickets to New York-Dhaka each. Some have sold more than 5 hundred. Travel agencies in other states have also sold 100 to 200 tickets. According to the information given by the travel agencies, more than 30,000 Bangladeshis living in the United States are returning to the country this Eid holiday.
It has been found that many expatriates wanted to return to the country on Eid but they could not return to the country on the last Eid-ul-Fitr as the boys and girls studying in higher classes did not get leave from school. So on Eid-ul-Adza, they are returning to the country for summer school holidays and reuniting with their families.
As a result, the number of expatriates returning home on Eid has tripled.
Another source said that in the United States, the Bangladeshi-dominated states of New York, New Jersey, Massachusetts, Connecticut, Pennsylvania, Washington DC, Virginia, California, Texas, Florida, Ohio, Illinois, Colorado, Delaware, Missouri, Delaware, Washington DC and Kentucky two-month summer vacation at all school-colleges. Those who are not going to the country for Eid holidays are planning to visit various places of interest in the United States during the long holidays.