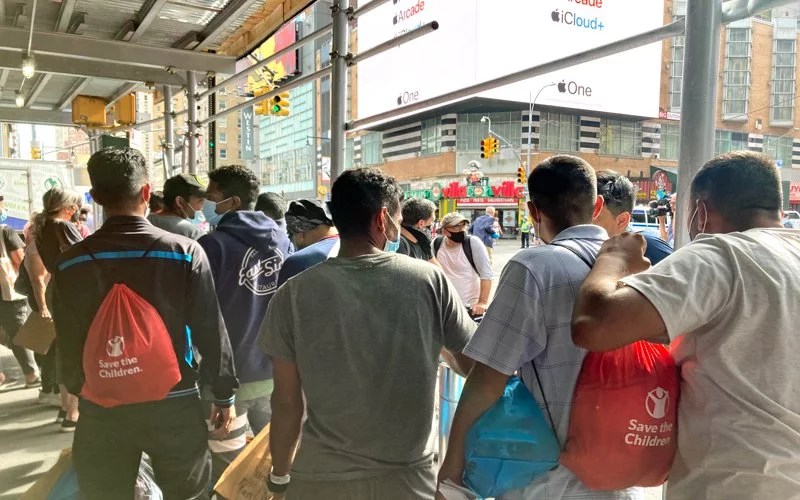 Noman Sabit: A flood of floating immigrants has landed in New York, USA. In the last six months, around 15,000 immigrants have arrived in New York City. Empty-handed across the US southern border into Texas and Texas’ anti-immigrant Republican administration is chartering buses at the state’s expense to send them to major cities in Democratic states.

New York City has provided a large number of them with shelter, food, clothing and medical care.
These immigrants actually
In the past six months, 14,600 floating migrants have arrived in New York City from Texas, 11,000 of them unaccompanied. As a result, the city has to provide everything to them. Last Tuesday, another 6 buses full of migrants arrived at the Port Authority Bus Terminal. Mayor Adams described the situation as a humanitarian crisis and called for a speedy resolution. Large gridded tents are being pitched at various locations, and there are also proposals to temporarily house immigrants on cruise ships. But immigrant-friendly advocates have called on the city to be more lenient, saying the measures taken by newcomers are inadequate.
When asked where they were interested in going during their brief stay at the detention center after crossing the border, many mentioned a city in Texas as their destination, but none were held in Texas.
Those immigrant or immigrant families complained that they had relatives in Texas who hoped that if they had stayed with relatives in the early stages, they might not have been in the danger they are in now. 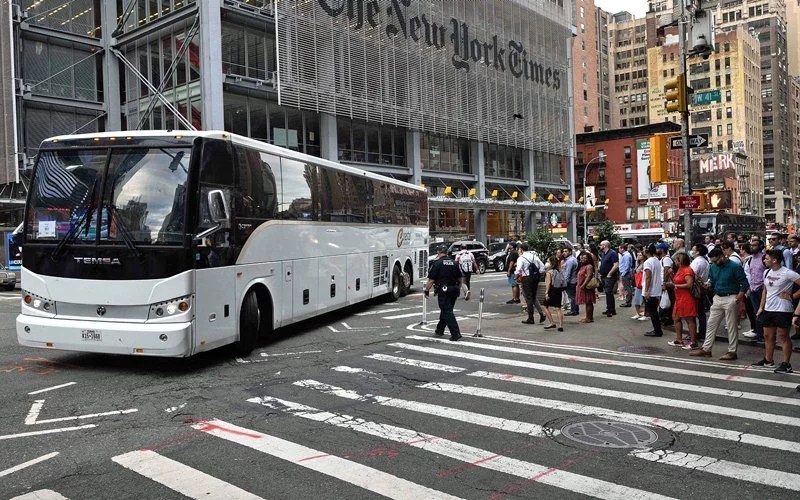 Since Texas did not accommodate them, they have given New York as their preferred destination, and most of the immigrants the Texas administration has sent to Democratic cities since mid-May have arrived in New York City. Mayor Eric Adams acknowledges the city’s responsibility to immigrants, but it has become difficult for the city to handle such a large number of immigrants. Now it’s not just a city problem but a political crisis for Democrats. Because Republicans have never accepted the Democrats’ immigration policies, and to pressure Republicans to act on their hard-line immigration policies, they took the unprecedented step of sending immigrants directly to Democratic cities as a mockery of Democrats.