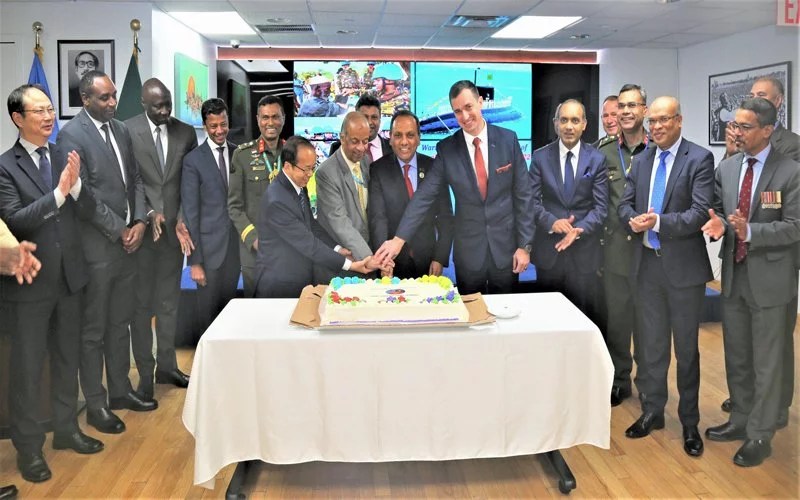 Noman Sabit: The 52nd Armed Forces Day was celebrated at the Permanent Mission of Bangladesh to the United Nations in New York. A reception was organized to mark the day on Monday (November 21) local time. Atul Khare, Under-Secretary General of the United Nations Department of Operational Support, Gilles Michaud, Under-Secretary General of the Department of Safety and Security, United Nations Military Advisor General Biramae Diop, ambassadors (permanent representatives), and military advisors (military advisors) of various countries participated in this event.

At the beginning of the program, Brigadier General Sadekuzzaman, Defense Advisor of Bangladesh Permanent Mission welcomed the guests. After that, Muhammad Abdul Muhith, Permanent Representative and Ambassador of Bangladesh appointed to the United Nations, addressed the guests. Later, the Permanent Representative and Ambassador cut the cake with the arriving guests and invited everyone to dinner. On the occasion of Armed Forces Day, a documentary film was shown.

Permanent Representative and Ambassador of Bangladesh to the United Nations Muhammad Abdul Muhith started his speech by paying tribute to Father of the Nation Bangabandhu Sheikh Mujibur Rahman. He paid tribute to the three lakh martyrs and more than two lakh oppressed women of the Great War of Liberation and said that we got independent, sovereign Bangladesh because of their struggle and sacrifice. At this time, he highlighted the glorious role of the newly formed armed forces in the great liberation war that started with Bangabandhu’s declaration of independence in the early hours of March 26, the contribution of the armed forces in the United Nations peacekeeping operations and above all the participation of the armed forces in combating natural disasters and various development activities within the country.
The invited guests on the occasion praised Bangladesh for its contribution to UN peacekeeping operations as the top peacekeeping sending country. Meanwhile, they thanked for the invitation to the event organized by the Bangladesh Permanent Mission to the United Nations on the occasion of the Armed Forces Day.