Trinia Hasan intoxicated the audience with her song in New York

Trinia Hasan intoxicated the audience with her song in New York 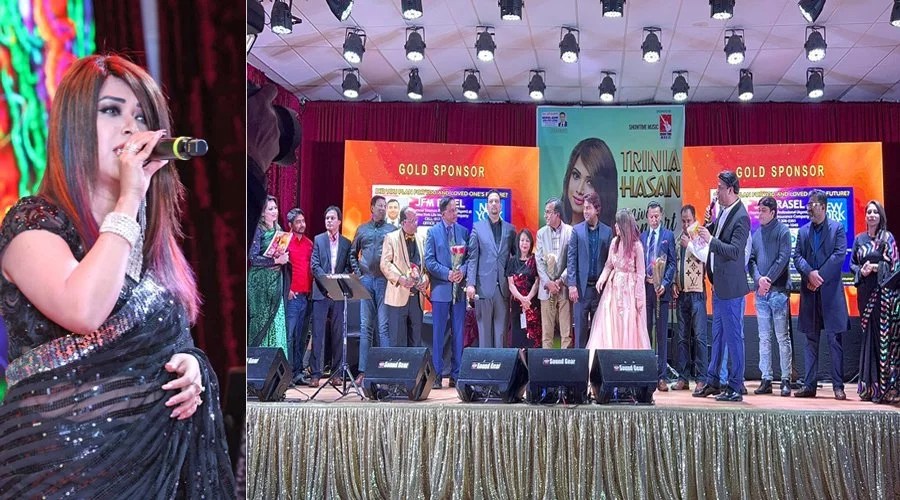 Lively presentation by Alamgir Khan Alam, Proprietor of Entertainment Company Showtime Music, will feature Trinia Haasan’s mesmerizing performance from 8pm to midnight on Saturday.
Leaders of New York’s various social and cultural organizations, politicians, businessmen and patrons of events enjoyed the evening of music in the presence of families. Trinia sang about 23 songs for three and a half hours to the audience. During the show, the audience also compared her to popular Indian artist Shreya Ghosal. After almost every song, the entire auditorium burst into applause from the audience.
The duet songs with popular expatriate vocalists Masud Rahman, Limon Chowdhury, Saiduzzaman Reed, Kamruzzaman Bakul and Shah Mahbub were excellent. After the event, all the guests and visitors were treated to dinner. The entire program was presented by two popular expatriate presenters Sadia Khandkar and Sharmina Siraj Sonia. Shafiq on drums and tabla, Saiduzzaman Rid on drums and octapad, Chanchal on lead guitar and Ripon on keyboards accompanied the artists on instrumental music. 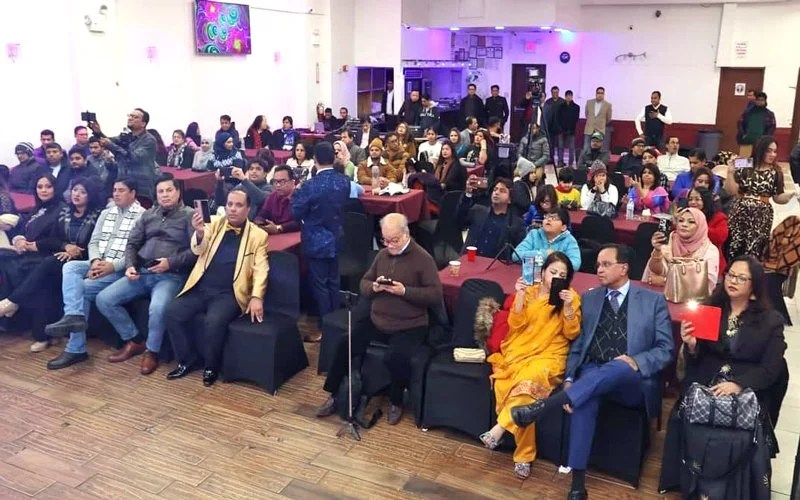 To be noted, Trinia Hasan grew up in a cultural family in Narayanganj, Bangladesh. Almost everyone in their family sings and they have a passion for music. Trinia’s musical inspiration comes from her father, Ziaul Hasan. He is a music director of Bangladesh Television (BTV) and Bangladesh Betar.
Organizer Alamgir Khan Alam and singer Trinia Hassan invite you to enjoy a solo performance by vocalist Trinia Hassan organized by Show Time Music.
Trinia completed her BBA from a reputed private university in Bangladesh and moved to the US. Currently studying Global Business at Harvard University.
During her stay in Bangladesh, Trinia worked in various multinational companies (such as Banglalink, R-Pack Bangladesh) for about 12 years. He is currently working as a Product Development Coordinator at R-Pack International, a major garment accessories/brand production and packaging solutions company based in Manhattan, New York. So far he has not won second place in any singing competition he has participated in. Even in his school, college, university and other inter-district competitions.

Has done many shows in Shilpakala (Narayanganj and Dhaka). He has also performed many times on private radio stations including BTV and Bangladesh Betar.
In 2021, he received the Dhallywood Award as the best singer in North America. Also NRB Award NY 2022 as Best Singer Trinia received other awards from Texas, Oklahoma and Michigan etc.