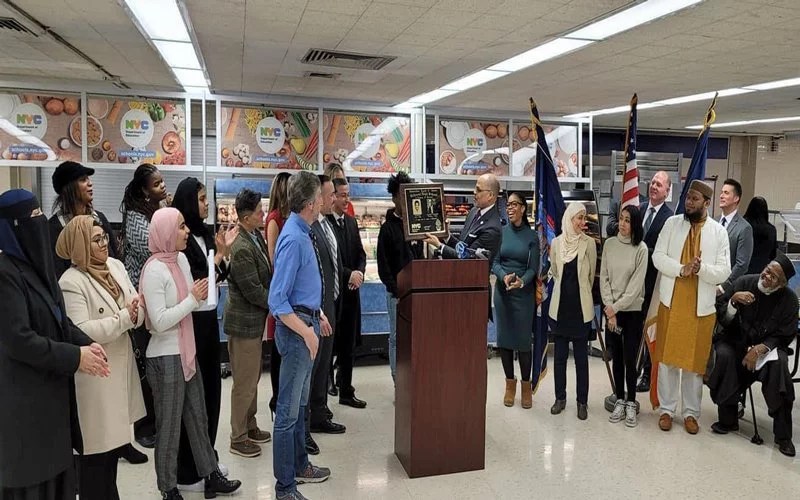 Noman Sabit: 79 schools in the US state of New York are providing halal lunch for Muslim students. A few years ago, there were very few halal food facilities for Muslim students in these schools. New York City Mayor Eric Adams and City Schools Chancellor David C. Banks recently announced a $50 million capital investment in providing halal food. Through this, 79 schools in the city are provided with fully halal food for lunch.

This capital investment has been announced under the ‘Cafeteria Enhancement Experience’ programme. The Islamic Leadership Council of New York was given this responsibility. The city’s Council on American-Islamic Relations praised the mayor’s office and city council for the decision. The civil rights organization called for the city budget to make increasing the supply of halal food a consistent program.
There are two main themes in the ‘Cafeteria Enhancement Experience’. One of them is to improve the food delivery system to avoid long queues while taking food. Another is to have an alternative food system i.e. increase the supply of halal food.
Currently, 79 New York schools serve halal meals. Besides, any educational institution has the opportunity to participate in it. Halal food is usually leveled with the letter ‘H’. It means that this food has been tested by the imams and there is no haram mixture in it.
He said, ‘I have worked with North American Islamic circles and local Bangladeshi leaders on this issue. The need for halal food is huge. Along with this we will include a wonderful environment for all Muslim children. It will make us prouder’.’
Hillcrest High School is a halal certified school in New York. Muslim Liaison of New York City Mayor Mohammad Bahe said from the front, “Almost all the food in the cafeteria here is halal.” This was not the case before.

He said, ‘Inshallah every Muslim student in New York City will find food according to their faith. They will be able to eat good and halal food and focus on studies. We are very happy with what is happening now. The mayor himself supported the beautiful announcement. This is a beautiful victory for the Muslim community. Inshallah more victories will come for our community.’ 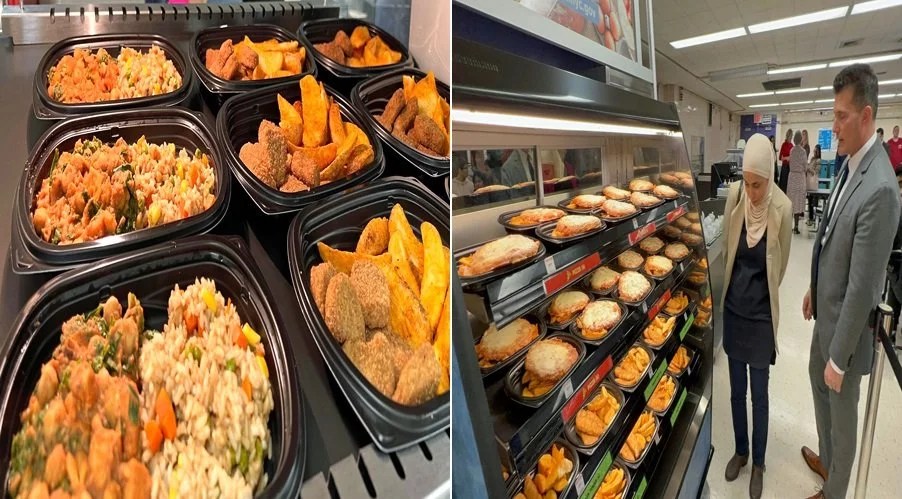 Another speaker Miss Ashraf said, I am a part of New York City Public Schools. Still I never found halal food options. Always had to be hungry or had to eat little food. I am proud of our community for deciding to give Muslim students halal food options.
He said every school in New York will have halal food tested by imams. Besides, training will be given in every school so that these foods are not mixed with other foods. Our children will no longer go to school hungry, inshallah. May Allah reward those who have made such a decision, including various Muslim organizations.
ITV CEO and NYS Chaplain Imam Muhammad Shahidullah said Mayor Eric Adams and DOE Chancellor Banks announced today that Cafeteria Enhancement Experience City is investing $50 million. This includes certifying schools for halal food. The Islamic Leadership Council of New York has been entrusted with the task and has so far certified 79 schools. 79 public schools now offer halal meals to their Muslim students. Mashallah! It is our children’s right, we believe there will be halal food everywhere. We still have more work to do. Azan for Friday prayers is the next step.
Incidentally, Council on American-Islamic Relations (CAIR), ITV US, Interfaith Center of USA, MCC and many other organizations work on the issue of various rights of Muslims.