No godfathers will be spared: PM

No godfathers will be spared: PM 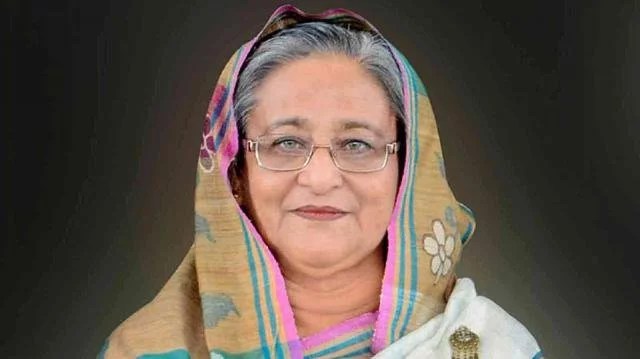 Banglapress Online : When I deal with something, I deal with it with an iron hand.” Prime Minister Sheikh Hasina yesterday said steps would be taken if any innocent became a victim of the ongoing anti-narcotics drive. If anyone committed anything wrong during the drive, he would surely be tried, she said. “Please show us at least one incident from what happened so far whether any innocent became a victim of it.” Hasina was speaking at a press conference at the Gono Bhaban in the afternoon. The programme was organised to brief the media about her recent tour of West Bengal, reports UNB.
Mentioning that drug was like a disease in the society, she said more than 10,000 drug dealers and users were arrested in the drive, but no newspaper covered it properly.
While conducting the drive, the government did not consider whether a person was a “godfather” or a “don”, the PM said.
The government did not launch the operation all of a sudden, she said. “Intelligence agencies have collected information for a long time. They have worked on those involved in it…we have put them under surveillance.”Hasina said the government would not spare anyone if found involved in drug dealing.
“I don’t know what you are trying to indicate by saying the word ‘godfather’. At least I can say when I deal with something, I deal it with an iron hand and everybody knows it well. No godfathers, whoever they may be, are being spared…. I don’t look at one’s relationship such as whose brother or uncle he is.”
The PM said the people were passing days in peace after the launch of the anti-drug drive. Elimination of drug from the society was the desire of the people, she added.
She, however, admitted that “some incidents” might have occurred during the drive. About her India tour, Hasina said all the bilateral issues, including the Teesta (water sharing) agreement, were discussed during the visit.
She said she discussed strengthening cooperation and water sharing of common rivers with Indian Prime Minister Narendra Modi at Shantiniketan.The Rohingya issue also came up for discussion as India was extending all kinds of support to Bangladesh, including sending aid for the forcibly displaced Rohingyas, she added. “India has also assured us of keeping pressure on Myanmar over the Rohingya issue.” Hasina went to West Bengal, India, on May 25 on a two-day official visit.

‘WANTS NO RETURN FROM INDIA’
The PM said Bangladesh wanted no return from India and the neighbouring country would ever remember Bangladesh for return of peace to it.
“Bangladesh helped India get rid of daily bombings and shootouts. They have to remember that we have helped them bring peace back to the country.”
She said her government worked for the country’s welfare and did not protect the interest of any particular person.
Asked about BNP’s criticism that she went to India to ensure the Awami League’s victory in the next parliamentary polls, the PM said, “I don’t know whether India will bring me back to power or not.”
Hasina said BNP Chairperson Khaleda Zia and former president Ziaur Rahman had also gone to India.
Reiterating her government’s stance about the next national election, she said the polls would be conducted by the Election Commission as per the constitution. “What can we do if any particular party doesn’t contest the election?”
About the reported joining of polls by cricketers Mashrafe Bin Mortaza and Shakib Al Hasan, the PM said this has been a practice around the world that celebrities contest elections and join politics. “There is nothing wrong in it.”
Giving party nominations to celebrities doesn’t mean that it will deprive the grassroots leaders of a political party, she added.
According to a BSS report, the PM said questions were raised previously over an anti-terrorism drive by her government, but it was able to contain terrorism.
Terming addiction and trading of drug a menace to the society, she said some 10,000 drug peddlers, suppliers and druggies have been arrested since the launch of the anti-narcotics drive, but this was not highlighted in the media.
She questioned whether the society would be in a good condition if the anti-adulteration and the anti-narcotics operations were stopped.
Asked about the progress on the proposed Teesta water-sharing deal, Hasina requested all to have patience as the Indian government has assured Bangladesh of looking into the matter.
Hasina informed journalists that the issue was being discussed at the Joint Rivers Commission (JRC).
She questioned why the Teesta Barrage was built by a former Bangladesh government despite being situated downstream on the river.
The PM also questioned the necessity of building the barrage with a huge state fund as there was no water in the river during the dry season. “Why will you make a hue and cry for water from that river after building such a barrage?”
She revealed her plan to demolish all the box culverts in the capital; dredge the canals in Panthapath, Shantinagar, Begunbari and build roads over those if the Awami League assumed state power for another term.
NOBEL PEACE PRIZE
A senior journalist requested the PM to go ahead with the process to win the Nobel Peace Prize. Hasina in response said she had no intention to do so as she was not financially capable of appointing lobbyists for winning the esteemed prize.
“Proposals in favour of me were sent there from various countries. The biggest prize for me is to ensure two square meals for my people so that they can live in peace.”
She said she would put the DLitt degree from Kazi Nazrul University in Asansol at the top among all the awards she received during her long political career.
The talent of National Poet Kazi Nazrul Islam was multifaceted, she said. “Nazrul has given us a vast reserve of literature and there is no comparison withs him.”
Hasina said as a citizen of Bangladesh she was overwhelmed at the establishment of Bangladesh Bhaban on the premises of Visva Bharati which was associated with the memories of Rabindranath Tagore.