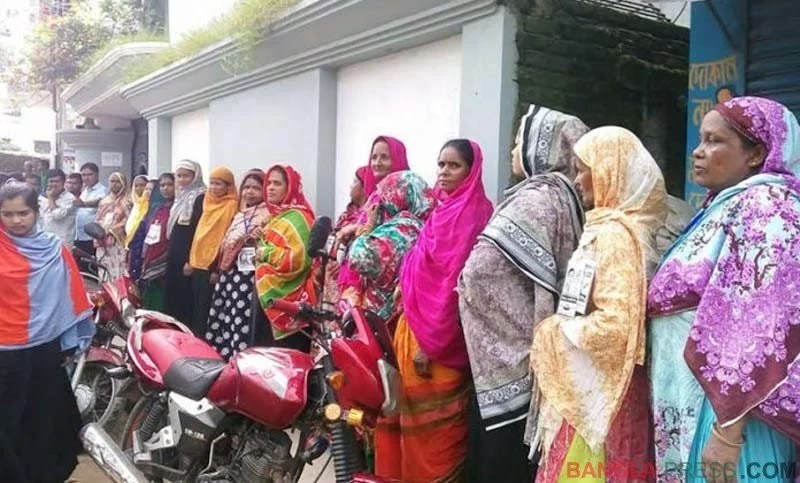 Voting ended peacefully in the Gazipur City Corporation (GCC) polls today. Voting started at 8 in the morning with participation of a huge number of voters, standing on long queues. The voting continued till 4pm without any break. There were 425 polling stations in 57 wards for 11,37,736 voters in the city corporation area. news: BSS.

The GCC election is being held in a free, fair and peaceful manner. But voting was stopped at some centers as allegations of irregularities were raised,” Returning Officer Rakib Uddin Mandol said at a press conference here when the voting was underway in the afternoon.

He visited 14 voting centers across the city corporation area where he found that the elections were held in a free, fair and peaceful manner, he said, adding that measures will be taken as per the electoral rules and regulations in the stations where there are allegations of irregularities.

After casting his vote, Jahangir Alam expressed the hope that the people of Gazipur city will elect the ‘Boat’ (symbol of Jahangir Alam) through fair elections.

“Our party leaders and activists were directed to take measures so that all voters, including voters of others parties, of Gazipur can cast their votes spontaneously and freely,” he said. He also said that he has a mentality to accept any result -win or defeat.