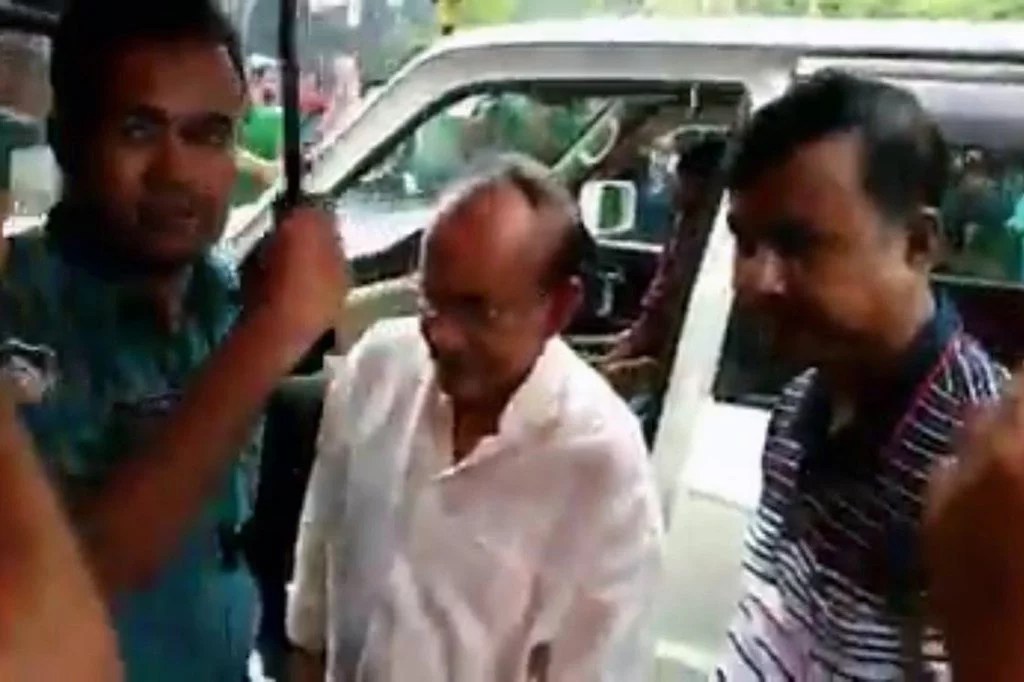 Banglapress Online: The driver of Water Resources Minister Anwar Hossain Manju did not show his licence when his car was stopped by agitated students in Dhanmondi.
The students who have been demonstrating for the last five days for safe roads Thursday blocked the car at noon when the minister was going to office.
When asked for driving licence, the driver could not show it to the students.
Later, the minister got off the car and went to the office by another car.
On Wednesday, the students also blocked the car of Commerce Minister Tofail Ahmed whose car was driving on the wrong lane of the road.
Eye witnesses said, the police repeatedly requested the students not to block the minister’s car, but they did not listen.
The students asked the questions, “Why sir’s driver doesn’t have licnese? Why the minister allowed it?”
During the argument between the students and the police, Manju got off the car and took another car to go to office.
Seeing this, they chanted slogan “We want justice.”
When contacted Manju in the afternoon, he said, “This is my private car. Before we started, my staff repeatedly asked the driver whether he had the proper documents and he replied positively.”
He said, the students blocked my car and wanted to see the licence of the driver.
“The driver told them that he submitted his licence to the office for renewal. When they wanted to see the slip, he failed to show that also,” the minister said.
I changed my car and came to my office, he added.
“They did not stop me, rather they helped me.” Manju said.