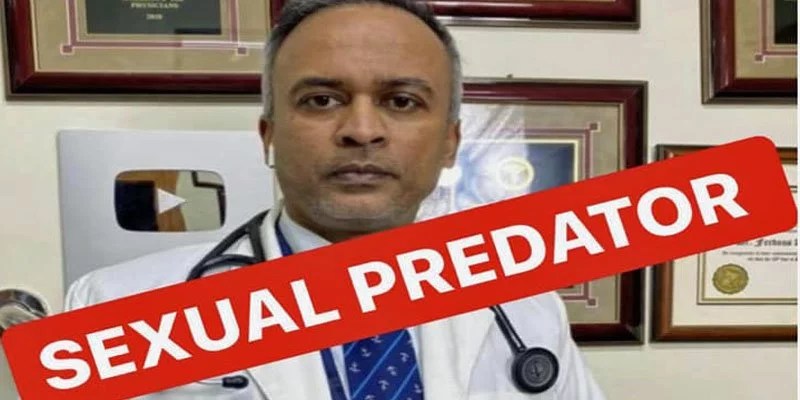 Staff Reporter: Dr. Ferdous Khandaker, an expatriate doctor in New York, has demanded the revocation of his professional license. To this end, a campaign is underway to collect signatures. Female patients were often sexually harassed in her chambers in the name of physical examination of female patients. He has been accused of violating the rules of the medical profession and molesting underage girls in the name of physical examination without a meeting schedule. Hundreds of people have already signed a petition demanding revocation of Ferdous Khandaker’s professional license.

Haniam Maria, a New York resident, wrote in a link to a poster with the signature-raising campaign at the urging of the human rights organization Change.org in a Facebook post, More than a dozen girls and women have come forward in accusing Dr. Ferdous Khandker of sexually molesting them while they were visiting his office located in Jackson Heights. The problem is, this man is not a pediatrician and he legally cannot see anyone under the age of 18. However, he continued to check many underaged girls. Although he is highly sought after in the Bengali community, according to many testimonies from the victims and reviews online, he has abused his medical powers in many ways from insurance fraud to assaulting women. Many of the accounts from the victims follow a similar pattern.