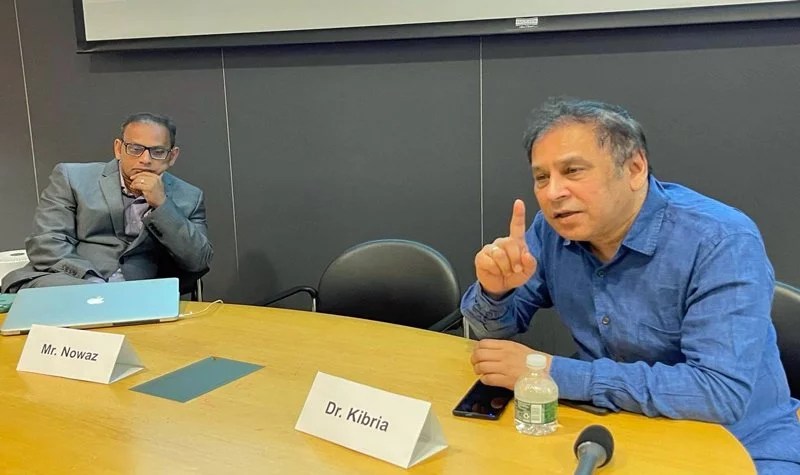 Noman Ibne Sabit, returned from Boston: Convener of the Gono Odhikar Parishod and distinguished economist Dr. Reza Kibria visiting the United States said, that in order to bring back the lost democracy of Bangladesh, the expats should play a role along with the common people of the country. Reach out to US politicians to inform them of the current situation in the country and apply pressure for fair elections under an impartial, non-partisan caretaker government. He said that the lost democracy in the country will come back only if there is a fair election. For this reason, he called upon the US expats to come forward. He said these things in a seminar titled ‘Restoring Democracy in Bangladesh Challenges and Ways’ held at the Fong Auditorium of Boylston Hall, Harvard University, Cambridge, Massachusetts, USA, organized by the Bangladesh Progressive Alliance of North America on Saturday (July 16) at noon local time. 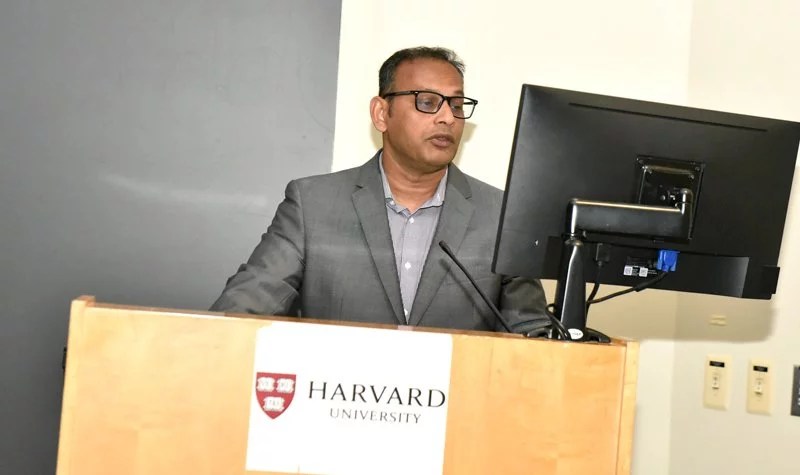 General Secretary of Bangladesh Progressive Alliance of North America (BDPANA) Tanvir Nowaz delivered the welcome speech in the seminar titled ”Restoring Democracy in Bangladesh Challenges and Ways’ conducting the event by Azad Khan. With his speech, he portrayed various corruptions of the government in different parts of the country. Highlighting the cost of construction of large bridges in different countries of the world, he pointed out that there has been widespread corruption in the construction of Padma Bridge.
The chief guest and speaker of the program Dr. Reza Kibria said that the current government’s corruption has reached such a level that no government in the past has seen such a level of corruption.

He recently cited the example of Sri Lankan President Rajapaksa, a country in economic crisis. Kibria said the Sri Lankan president went home for lunch and could not return to the office. Thousands of protesters stormed government buildings. Since then he was basically in hiding. However, such incidents are not normal in Bangladesh.

He also said that as students in Bangladesh are getting GPA-5 without examination, MPs and ministers are now practicing democracy by being elected without voting. There is no democracy in the country anymore. To restore democracy in the country, fair elections must be held immediately under a neutral, non-partisan caretaker government. For this, he called upon the common people of the country as well as expatriates to play a role. He urged expatriates to repeatedly visit US politicians to inform them about the current situation in the country and apply pressure for fair elections under an impartial, non-partisan caretaker government.

Even after 14 years, they have not brought justice to his father’s murder, Reza Kibria said, ‘My father Shah AMS Kibria was killed in a grenade attack on January 27, 2005, while returning from a public meeting in Baidyerbazar of Habiganj Sadar Upazila during the BNP-Jamaat coalition government. I am not interested to know which party was involved in this murder. I want to know the truth. Who were the sponsors of this murder? I raised these questions long ago who was involved in Dhaka and who was involved in the area and what is the source of Grenadier. I never got the answer to these two questions. It is also known that the investigators were politically influenced on that day. In response to the question of who influenced, said those who were in power. Awami League did it. BNP did not work properly. The caretaker government had two useless men. There was an evil man called Fakhruddin Ahmed who caused a lot of damage to the country. He was General Moin. They did not take any initiative for this murder intentionally.
Dr. Reza said, many people are involved in the murder of my father. Some people worked for money, some people worked for political reasons. I don’t think it happened in one group. If she (Prime Minister Sheikh Hasina) takes a good look inside her party, she might understand what has happened or she will be able to establish what actually happened. She knows very well who killed my father.

Dr. Reza Kibria said, “I have returned to the country only to serve the people of the country after leaving major positions at the expert level in international organizations including the World Bank. I feel that the time has come to work for the people of my country.”
He said, “Even if I leave the public forum, like my father Shah AMS Kibria, I also want to engage myself in the service of the people. I will work with those who are working to establish democracy, social justice and good governance in Bangladesh. He mentioned that in the next election, candidates for the People’s Rights Council will be given in 300 seats, but not in any election under Sheikh Hasina.

Dr. Reza Kibria is working as an economist in various foreign organizations. After the death of his father, his mother Asma Kibria was active in the protest program when she came to the country.
Bangladesh Progressive Alliance of North America (BDPANA) founder Moazzem Kazi, members Mahmud Rahman and Sajjad Hossain and other members have extended their support for the seminar. A large number of Bangladeshis from Boston and neighboring cities attended the seminar.