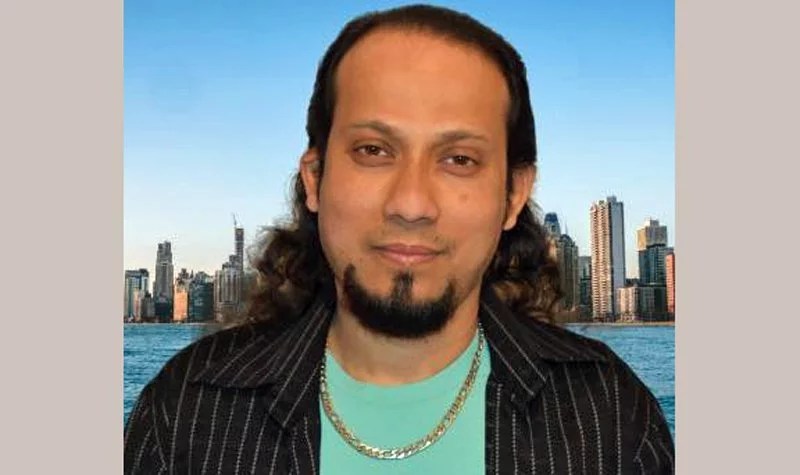 Staff Reporter: Rajib Bhattacharjee, a expatriate singer living in New York, has become a victim of a new conspiracy. A gang is harassing him in various ways. After recently adding a picture of his Facebook profile and creating a fake phone number from WhatsApp, he is talking to various men and women on the phone in lewd and vulgar terms, which is quite a sight. Many clarified the matter by calling his correct number. Rajib’s family and friends are embarrassed about this.

Last year also in 2021, Rajib was a victim of police harassment by an organized gang in New York.
Then that circle could not be successful, so they started a new conspiracy to harass him.
Rajib said, this situation has been prevailing for the past one week. He has talked to many people about this. They all suggested filing a complaint with the local police. Desperate, Rajib reported the matter to the local police last week. 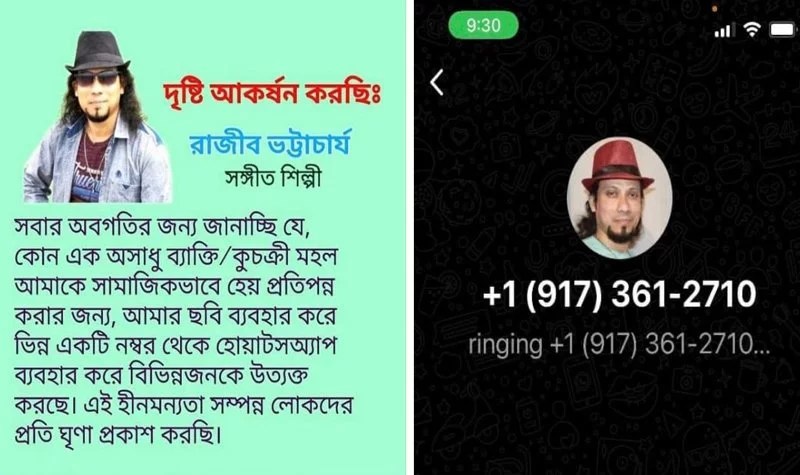 Rajib Bhattacharjee is a very popular musician among the US expatriate. He alleged that an organized cabal, jealous of his success, was doing this to harass him. Rajib is a listed artist of Bangladesh Radio and Television. In 2006, he participated in the music competition Close-up One and achieved success. Rajib’s country home is in Chittagong district.