Planning Minister not coming to ‘alleged Fobana’ in Los Angeles

Planning Minister not coming to ‘alleged Fobana’ in Los Angeles 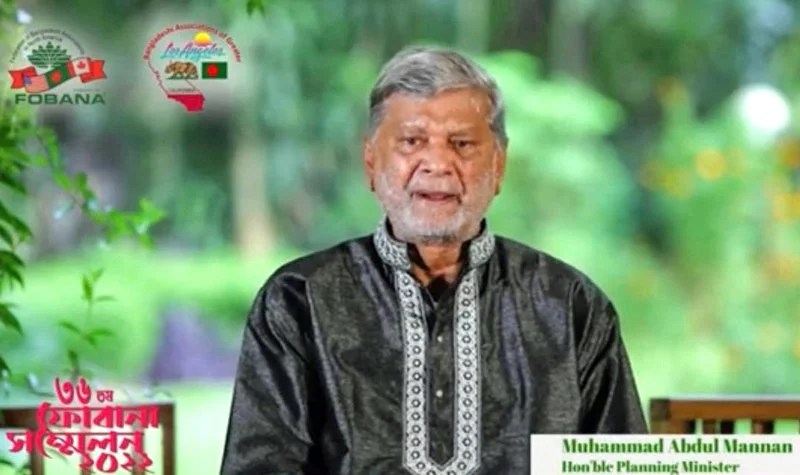 Noman Sabit: Bangladesh Planning Minister MA Mannan has not been the chief guest at the 36th Federation of Bangladeshi Associations in North America (FOBANA) ‘Fobana’ conference in Los Angeles organized by the position greedy rebels, which will be held on Labor Day weekend in the United States at the beginning of September. In order to divide the united Fobana conference, position greedy invited the plan to organize a conference called Fobana in Los Angeles. After learning about the grouping, the planning minister canceled his decision to come to a conference called Fobana in Los Angeles. A Bangladeshi visiting Bangladesh confirmed this after meeting at the office of Planning Minister MA Mannan in Dhaka.

This year’s main conference of the 36th Fobana is being held in Chicago, Illinois on September 2-4. ‘Bangladesh Association of Chicagoland’ is working as the host organization. The present Chairman of Fobana Rehan Reza and Executive Secretary Masud Rob Chowdhury called not to be confused by fake Fobana information and news of an anti-Fobana gang.