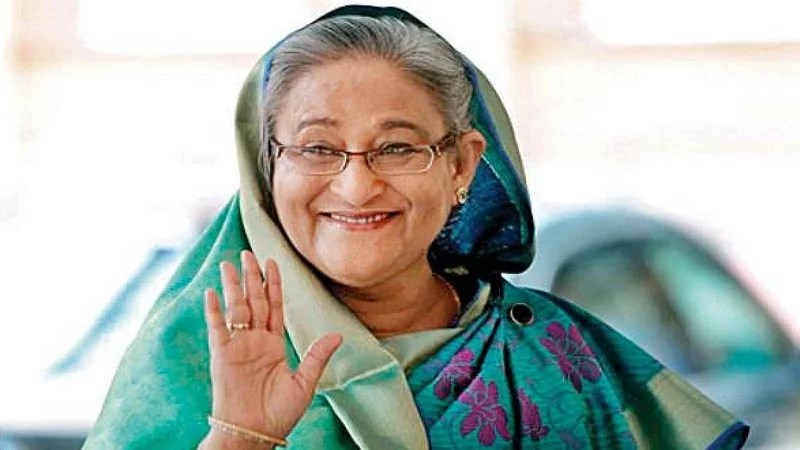 Ema Alice: Prime Minister Sheikh Hasina has arrived New York in USA to attend the 77th session of the United Nations General Assembly (UNGA). She will address the UNGA 77th Annual Session on September 23. When the VVIP chartered flight of Biman Bangladesh Airlines carrying the Prime Minister landed at Terminal 4 around 10:30 local time on Monday night, the whole terminal area erupted with slogans for and against.
From Monday evening, the leaders and activists of the United States Awami League and its affiliates who came to welcome the Prime Minister gathered at JFK Airport and started chanting various slogans. On the other side of the terminal, the US BNP and other organizations staged protests. However, as the time limit is fixed till 9 pm, it is said that the leaders of both parties left the parking lot of Terminal 4 on time on the instructions of the airport authorities.
Bangladesh Ambassador in Washington Muhammad Imran and Bangladesh Permanent Representative to the UN Muhammad Abdul Muhith received the Premier at the airport.
Earlier, the flight took off from the Stansted International Airport in London at 8 pm (London time) on September 19.
Prior to leave the UK, Prime Minister Sheikh Hasina on Monday (Sept 19) attended the funeral of late Queen Elizabeth II along with other world leaders at Westminster Abbey in London.
Queen’s funeral service took place at Westminster Abbey – the building in which she was married, and crowned as Queen.
On September 15, Sheikh Hasina reached London on an official visit to the United Kingdom (UK) to attend the state funeral of Queen Elizabeth II.
On the fourth day evening of her UK visit, the Premier also attended the reception of King Charles III at Buckingham Palace which he hosted for the Presidents, Prime Ministers and Monarchs coming from around the world to attend funeral of Queen Elizabeth II.
In New York on September 20, Sheikh Hasina is scheduled to attend a reception meeting hosted by UN Secretary General Antonio Guterres and join the inaugural ceremony of 77th session of UNGA.
She will have bilateral meetings with Filippo Grandi of UNHCR and Slovenian President Borut Pahor. She will also join the UNGA Platform of Women Leaders.
At the end of the day, she will attend the reception hosted by US President Joe Biden.
Besides, she will join a high-level side event on sustainable housing co-hosted by Bangladesh, Botswana, Slovak Republic and UN Habitat on September 21.
On the same day, she will have a bilateral meeting with WEF Executive Director Professor Schwab Klaus, and join the Global Crisis Response Group (GCRG) Champions‘ Meeting.
In the afternoon, the Prime Minister will visit the photo exhibition on Padma Bridge at UNHQs followed by bilateral meetings with Kosovo President Dr Vjosa Osmani-Sadriu, Ecuador President Guillermo Lasso Mendoza, and Rabab Fatima, USG OHRLSS.
The Prime Minister will start September 22 through a breakfast meeting on antimicrobial resistance (AMR) followed by a courtesy call on her by IOM Director General Antonio Vitorino. She will also join a high level policy roundtable with the US Bangladesh business council.
Later, she will have bilateral meetings with Cambodian Prime Minister Samdech Akka Moha Sena Padei Techo Hun Sen and ICC Prosecutor Nick Klegg and Karim Khan.
On September 23, the Prime Minister will deliver her address at the General Debate of the 77th Session of the UN General Assembly.
Besides, she will join a civic reception by the expatriate Bangladeshi on September 24.