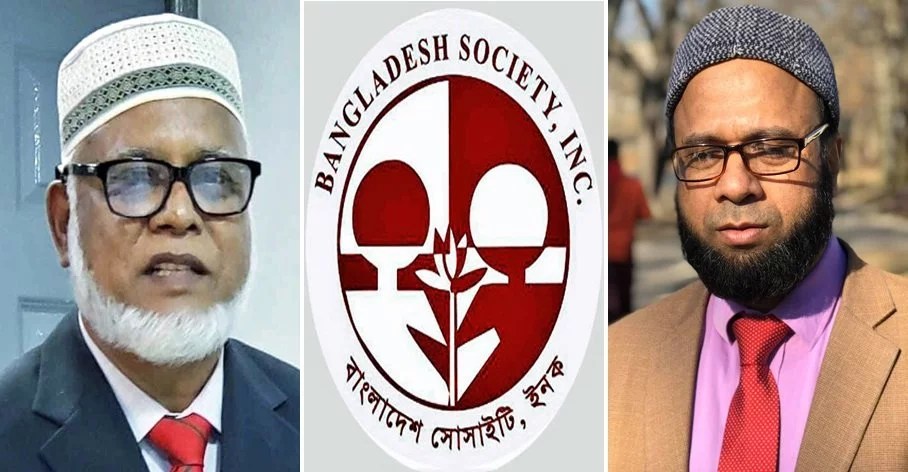 Noman Sabit: Rab-Ruhul Parishad has won the elections of Bangladesh Society in New York of the United States as per the previous plan of the Election Commission. According to the table prepared by the Election Commission, the election of Bangladesh Society was held last Sunday (September 18). Rab-Ruhul Parishad won in this. For the last four years, the Bangladeshi expatriates in New York have been fearing this. This election was suspended for four years as a result of lawsuits on various charges. Finally, Chief Election Commissioner Jamal Ahmed Jani’s dream has been fulfilled, expatriates said. He has finally done what he had secretly planned for the past four years to win over a particular pannel.
In the election held on Sunday (September 18), Abdur Rab Mia was elected as president and Ruhul Amin Siddiqui as a general secretary. After the polling in 5 centers of New York City, Chief Election Commissioner Jamal Ahmed Jani announced the final results around 12 midnight. Members of the Election Commission along with former leaders of the society, candidates, supporters and well-wishers of the two pannels were present.

As a result of litigation on various charges, allegations of widespread irregularities and nepotism have been raised against the Election Commission in this election, which has been suspended for almost four years. On the eve of the Bangladesh Society elections on October 21, 2018, there were allegations that the current Election Commission very cleverly filed the nomination papers of Rab-Ruhul Parishad president candidate Md. Rab Mia in the ballot paper as Abdur Rab Mia in the name of the so-called affidavit for ‘taking advantage of the A line’. His name is clearly recorded as Md Rab Mia in the voter list of Bangladesh Society. Moreover, he has elected as Md. Rab Mia in the Noakhali Samity elections and his valid identity card has no name as Abdur Rab Mia. Nomination papers of at least two separate candidates were incomplete on the day of submission of nomination papers. Can’t submit their passports. The election commissioner gave these two people the opportunity to complete the nomination form by bringing their passports from that Brooklyn.
In the election ballot held on Sunday (September 18), Md Rab Mia’s name was mentioned as Mohammad R Mia. If the ballots were arranged with the first or last initials of the panel heads, the first and last letter ‘M’ of Mohammad R Mia would have gone on line B instead of A. Meanwhile, the first and last initials of the other candidate Kazi Ashraf Hossain are K and H. Accordingly his name would have gone on line A instead of B. No one understands the rules by which the Election Commission has arranged the ballot papers. Such irregularities and nepotism have never been seen before in the history of elections in Bangladesh society.