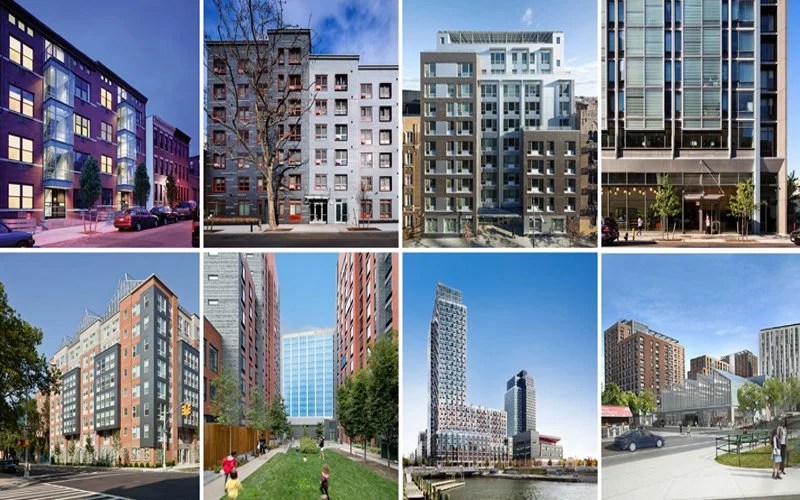 Minara Helen: New Yorkers are suffering from an extreme housing crisis despite the increased approval of politicians to implement new housing projects in the United States. New York is the largest and most populous city with about one million people living there. The number of houses in this city is insufficient compared to the requirement. According to 2019 statistics, there are 340,000 new homes in New York City. But New York City is in dire housing crisis due to lack of implementation of new housing projects compared to demand. Unprecedented housing rents and inflation have made life miserable for the city’s lower and middle class residents. The number of homeless in the city is increasing day by day. On the other hand, immigrants coming across the border are crowding New York City.

To overcome this ongoing housing crisis, developers have tried to come forward to implement new housing projects. But the initiative is being obstructed by a class of left-wing democrats and politicians. Investors in the city’s housing sector have always considered them enemies. Due to these reasons, the implementation of many big housing projects has stopped. The housing crisis has increased. As the city’s housing crisis has become extreme in recent times, good sense has emerged among these left-wing politicians. Many new projects in the housing sector are getting permission from them. Even in many cases politicians are welcoming investors without promising the desired affordable houses. Especially some city council members and borough presidents. However, one or two council members are still reluctant to agree to any project. One of them is Julie Woon in the Astoria area. The New York Times published a major report this week on New York City’s much-needed housing crisis. And this report has revealed the current positive position of these politicians who are known as leftists.

According to the New York Times, real estate investors have long been aggressively viewed by City officials as enemies. Local communities have blocked housing projects to protect property values and neighborhood heritage. Many representatives want to convince the common people that they are resisting wealthy corporate aggression. They are now approving the implementation of new housing projects after realizing the harsh reality. New York City Mayor Speaker and majority of the City Council members are in favor of implementing new housing projects to solve the housing crisis. Even President Joe Biden is urging the country’s big cities to quickly implement new housing projects. The current dire housing crisis is changing all political calculations. New York Congresswoman Alexandria Ocasio-Cortez, who blocked Amazon’s project in New York City, has also recently been pushing for new housing projects. As a result, some city council members who supported him passed the bill to implement the new housing project despite not getting the promise of affordable housing as expected. Councilwoman Tiffany Caban of Astoria, Queens, known as a Democratic Socialist, approved a new 1,300-apartment project in her constituency last week. Where a quarter of the apartments will be rented far below the market value. He thinks that 100% affordable housing is not possible in the present reality. New housing is no substitute for overcoming the ongoing housing crisis. If new projects are not implemented, these areas will become more underdeveloped.
Housing investors are very influential in New York City’s political landscape. They are also the big financial providers of politicians. They must ensure all kinds of civic amenities by constructing multi-storied buildings in the city’s low volume and neglected and run-down areas. For this reason, the City has an obligation to comply with every regulation. Investors have to take into account the advantages and disadvantages of the people of the entire area, including the local community board. Overall, New York City now favors new housing projects. And in this case, a movement has also been transmitted everywhere. Almost half of the city’s residents spend more than a third of their income on rent. Which is very expensive. The city’s designated housing system for the homeless is crumbling.
Recently, a large number of high-rise residential buildings have been built in various areas of New York City, especially Long Island City, Queens, Jamaica, Far Rockaway, Brooklyn, and the Bronx. As a result, the entire environment and surroundings have changed in these areas.
New opportunities have been created. A 400-apartment high-rise in Brooklyn was blocked by local council members earlier this year but later approved. This project has 35 percent affordable houses. Last week, the City Council approved a 350-home project in the Throgs Neck neighborhood of the Bronx. The project was initially blocked by local council members. Earlier, there was a misconception that multi-storied buildings and new housing projects would increase house rents in the area. As this is practically not the case, the situation is favorable now. A new 900-apartment project in Harlem, Manhattan, has been scuttled by local council members. Currently, this project area has become a lot of waste. New demands have been made to implement the project. Due to the lack of manpower in the city council, it was not possible to add about 25,000 houses to the housing sector last year. City authorities are considering this issue very seriously this year.
When such a positive wind is blowing in the housing sector throughout New York City, local council member Julie Woon is hesitant to approve the implementation of a mega project of 2,845 apartments in the Astoria area. The two billion dollar project is said to have all sorts of civic amenities. And those who live in this area will get affordable housing facilities on priority basis. Which will be much cheaper than the current market price.
Local residents are also interested in the implementation of projects that have been suspended due to Julie Un. They think that if this housing project is implemented, the face of the entire area will change. Job creation will be for five thousand people. Basic civil rights will be ensured along with housing, health, education and improved cultural environment. They consider ‘Jestrification’ as an ongoing process in modern urbanization. There is no chance to interrupt this process.