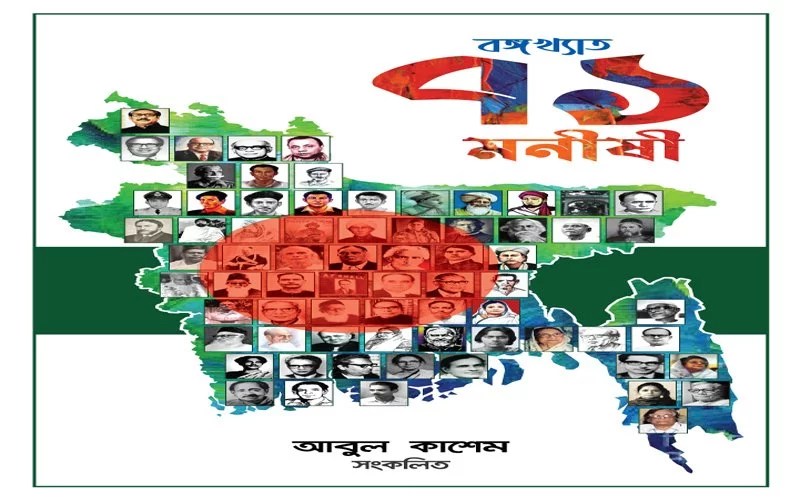 In the book unveiling ceremony organized by Sadek Ali Foundation and Sherpur Zilla Samity of New York, expatriate poets, writers, journalists and other eminent persons will discuss the book ‘Bangokhyato 71 Manishee’. The book was published at the Amar Ekushe Book Fair in Dhaka this year. The book is published and distributed by Behula Bangla.

In early 2020, when the world was gripped by Covid-19, New Yorkers were out of work and spending the day at home. The major cities of the world were at a standstill. In New York, sirens blaring day and night, only patient emergency vehicles rush by. Just when spending time under house arrest was becoming very difficult, journalist Abul Kashem became a politician, martyred intellectual, social worker, martyr Bir Shrestha, poet, epic poet, writer, researcher, scientist, journalist, lyricist, composer, playwright, zamindar, Nawab, freedom fighter, educator, He collected biographies of historians, revolutionaries, heroes, filmmakers, painters and sculptors. Then the idea of publishing an anthology of biographies of thinkers came to his mind.
Journalist Abul Kashem received his master’s degree in Islamic history and culture from Dhaka University. After completing his studies, he first moved to the United States in 1996, working as a first-class officer in the Bangladesh National Museum and then in the Bangladesh Small and Cottage Industries Corporation. Known as a community journalist in New York. Involved in the journalism profession for more than one and a half decades.