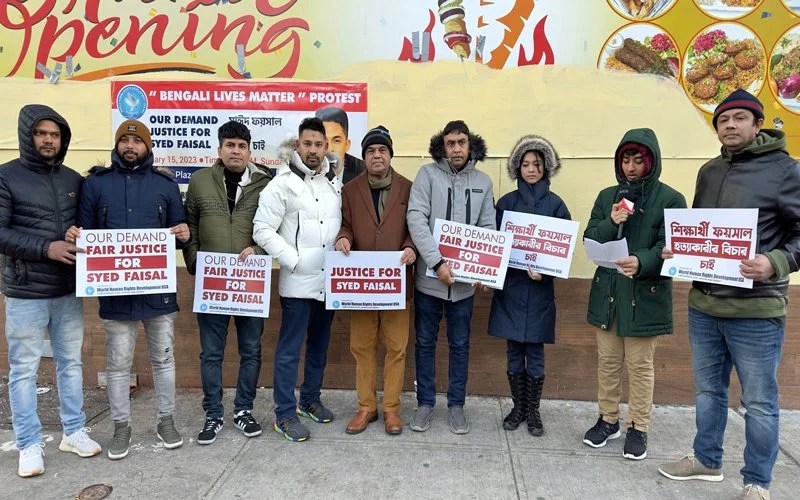 In the meeting, President of World Human Rights Development Shah Shahidul Haque Sayed said, ‘Our hearts are full of grief and we are saddened. I want to remember the historic Martin Luther King Day today and say that human rights violations and injustices are a threat to all humanity.’ This death is not a death but an unwanted murder, we demand exemplary punishment for those responsible for the untimely death of Sayed Faisal.

President of Jackson Heights Bangladeshi Business Association (JBBA), political figure Gias Ahmed said, ‘We are deeply saddened by this untimely death, we offer our condolences to the bereaved families as well as demand punishment for the culprits.’ He also said that all expatriates should come forward in this regard.

It is to be noted that on the afternoon of January 4, Bangladeshi origin student Syed Arif Faisal (20) was shot by the police in Cambridge and he lost consciousness on the spot. He died later that evening after being taken by ambulance to Massachusetts General Hospital in Boston. However, the police have been claiming since the incident that after seeing a long knife in Faisal’s hand, he asked him to drop it. But he was running towards the police and the police were forced to shoot him.